Is it easy to obtain trust documents? Maybe so. A general misconception is that if you are a beneficiary of a trust, you automatically have a right to trust information. A recent decision in the Supreme Court of Victoria Mantovani v Vanta Pty Ltd may have broadened a trustees’ duty to provide trust documents.

The historical approach – a proprietary right

If we think about the basics of trust law, a proprietary right to trust documents seems to make perfect sense.

In the English case Re Londonderry’s Settlement (initially followed in Australia), the Court identified the following common characteristics of trust documents, to which the proprietary right extends:

Simple, right? … Not quite.

Disputes regarding the disclosure of other documents relating to trusts are common and in Australia at least, the Courts have steered somewhat away from the proprietary approach.

The current position in Australia has been that beneficiaries do not have an ‘as of right’ entitlement to disclosure of all documents, but that they are entitled to request that the Court exercise its inherent jurisdiction to intervene in the administration of the trust.

In Mantovani v Vanta Pty Ltd, the Court handed down a decision which may place an onerous burden on trustees on the disclosure of trust documents. In this case, the plaintiffs sought to obtain trust records spanning over a period of 43 years. Justice McMillan rejected the defendant’s submissions that the request was oppressive.

In making the decision that the trustee provide the documents, the Court held that “trustees are under a duty to keep proper accounts. This duty is not diminished because a trust extends over a considerable period of time. In this particular case, as the trustee had been the same for the duration of the Family Trust, Justice McMillan said “it should have these documents in its possession and be able to readily provide them.”

This is an important decision as it further clarifies the obligation on trustees to keep and maintain accurate records from the inception of the trust.

If you have any queries about your duties as a trustee, rights as a beneficiary, or trust law generally please contact Kimi Shah. 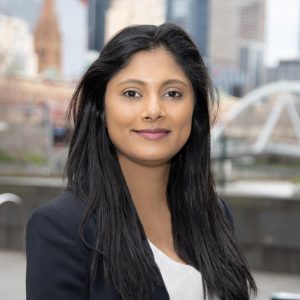